When you hear the word ‘Extremist’, what is the first thing that comes to your mind? Religion, Nationality, Language, Race, Caste or Culture? I cannot place any one particular aspect as the top-most problem. We currently face or see or read about either of them all the time and the world is constantly moving towards extremism in everything we know now, unfortunately! These extremist thoughts lead to war and create a bigger havoc to humanity. This all starts with a simple side effect of HATE and the failure to accept different perspectives! Its blows up bigger into war and bigger destruction breaking up as small as a simple relationship to bigger communities.

But something that we failed to notice or maybe failed to acknowledge is the recent extremism in Dance! I have been dancing for just about a decade now and it is also only in the last few years, I see so much of extremism (if I can use the term, to stress it well enough) in the dance community at all levels!

Dance is like any other art form, it keeps evolving, spreading to different boundaries adapting to changes and new cultural influences and does what is needed to survive its existence. I will explain with respect to Salsa, Bachata or Kizomba than to generalize dance so it’s more specific to explain.

When I started dancing in the crowded dance floors of Edinburgh 10 years back, all the dancers irrespective of whether Cuban or ‘Cross body style’, On 1 or 2 or any other styles, enjoyed dancing in one place. No one complained about other dance styles (not publicly at least) and put down the dancers (unless they were exceptionally creepy). This was the case in most countries by then. It was also the time when Bachata was called only Bachata with no added adjectives. Now there is so much debate on different styles and each style being the best way to dance, each specific technique the best way to dance! But if this is the case, everyone will be dancing the same thing and its boring too quickly and probably the art form would be extinct in no time! Firstly, there is no only one way of dancing and that’s exactly why Salsa was more interesting and its ability to adapt to new cultures made it more popular than many other dances forms which struggled over time. I have danced in US, Europe and many countries in Asia. The beauty of each dances I have had is that it is not perfect; it is different and has a local flavour which adds to the beauty of the whole dancing experience. Salsa has evolved from hard leads to zero resistance connection in the last few years, from more shines; less partner work to less shines; intricate turn patterns. And so, has the music evolved or changed over time, only to keep the listeners happy with changing music tastes.

When it comes to Dancing Salsa, Music and Dance goes together with music having the centre spot till the 1970s and when the dancing started to take the leap, there was a lull in the music evolution which we cannot deny. That doesn’t mean the new dancers who love the new generation music are to be criticized.

Salsa Music now incorporates so many genres. I remember once when Frankie Martinez explaining about 40 different rhythms in Salsa at a festival in Bangkok. And I am sure he didn’t account for the Timba and other Cuban salsa music. And How Maykel Fonts was explaining how different to interpret the music than just with counts but music at the festival in Croatia, for example. And from various conversations with some dance pioneers like Billy Fajardo on his trip to Chennai, India in 2013 and with way many conversations on music with DJ Henry Knowles, I see the complicated world of Salsa, evolving into on1 or on2 or more and the music constantly changing from Mambo, to Boogaloo to cha cha to salsa only to stay alive over time! Salsa is now a world art (both dance and music) accepted across all the borders irrespective of race, colour, religion, caste, culture, language. We need to embrace the changes that the dance goes through as it passes across different borders and accept them as it is and welcome any changes.

The traditionalists have grown up with the art and culture and they help conserve the knowledge and to constantly remind the newer generation of dancers about the roots. They are the source of knowledge in fact. They are very important part of the dance ecosystem to keep check on the art from not completely deviating from its roots. They could be the biggest mentors. They start to create trouble and war when they criticize the changes and send out negativity. Traditionalists are one strong source of dance extremists. They many not constitute big numbers but they can strongly influence a lot of dance fanatics who will carry the negativity. Recently there was whole debate on what music is salsa, what people should dance and similar topics by traditionalists addressing in social media. A role of a teacher is to educate people about the music and not forcefully make them like or listen what they believe is good music. Not all share the same taste in music and dance and it is a normal. Be a traditionalist, not an extremists.

The fanatics have acquired their perspectives from a source be it their teacher, a traditionalist or even a random source and believe in it blindly. If you go back to the history of the music and dance, you will let go of many assumptions and ardent beliefs and start being more accommodating on changes and different ideologies. These fanatics are mostly instructors in their respective cities or regions. These dancers/instructors make noise and constantly bombard criticism about dance, music, and on how to dance, what to dance, etc. The list of their criticisms is endless. This is also partly because of incomplete education on a subject of discussion and to also show their authority on the dance in their region, community or country by making as many criticism as possible. This has become a common trend in Facebook. Number of criticisms posted is wrongly believed to be proportional to knowledge gained. And what they don't realize is they are actually killing the dance community with slow poison. Their negativity is very addictive and this can discourage and scare beginners and new comers from being happily welcomed in the dance community there by being a reason to kill the number of potential dancers. They lose their own opportunities to shine at bigger events and festivals because of the negativity they bring in. Even the whole argument on which style or music is better is mostly argued only by fanatics more than traditionalists. The good thing about fanatics is their energy and enthusiasm is very addictive and they have the power to drive the community locally. Be a Fanatic, not an extremist.

I use the term 'Drifters' as they are open to changes but use it to create a drift in the community than help expand it. The new generation of dancers are the game changers as they bring new elements and direction into the art. If we had stayed with the tradition and culture, salsa would not have appealed to many people across the world. Bachata would have struggled to stay in Domincian republic and probably died there without notice trying to fight of its identity, Kizomba would be a sole property of Angola or maybe Portugal and never reached so big in other parts of the world. The new remixes and urban Bachata had given a new lease for dance lovers and the Bachata sensual and fusion styles have made the once salsa-dependent Bachata into a completely independent music genre and dance form. Kizomba is already in 3 major recognized styles, viz. traditional, urban and fusion. The music of each style is have now drifting away from each other. Not that I am justifying the new music is good, but it probably appeals to the newer generation and it has to be acknowledged. I still love the music from 10 years back for Bachata and the pre 80s for salsa but doesn't let me stop enjoying the new music and I equally enjoy them to be able to enjoy the dancing too. The evolution is inevitable, in a good or bad way! The problem is when these 'Drifters' become extremists drifting the community into two and instead of adding to it! Drifters are healthy for the evolution of the art! Be a drifter and not an extremist.

I am not accusing anyone but stating a fact and we tend to be extremists at some instances or turn into one sometimes! It a hard world when every dance instructor and promoter to trying to fight of their importance and identity, which is not wrong! Glory is bigger than money, in a way! But it is important to maintain peace, be more tolerant and include differences and encourage more positivity in the Dance world! If we don't stay greedy, Salsa (Bachata & Kizomba too) is one big happy world and have space for everyone to be happy!

Its very important to go back and remind us why we started dancing after all! It gave us happiness and smiles and that's exactly what we need to share and currently world needs more of it!

Request: Next time you want to post your negative opinion, think twice!

SALSA got me fired from my Job! 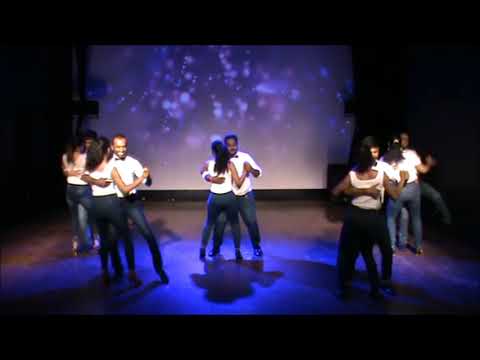 Know all for Starters

Latin Festival Madras 2019 - in the Media 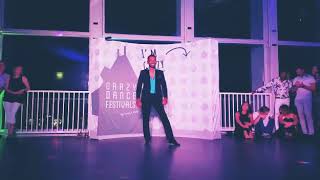 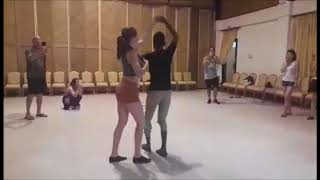 Getting Chennai to Salsa